You are here: Home / Veterans Day Stories and Facts / 5 Veterans Day stories of Wars that will Drop Your Jaws 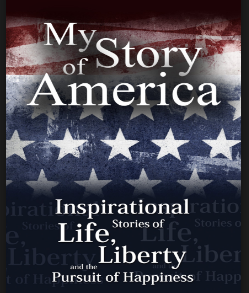 Veterans Day stories are a great way to get excited about this. We have to pay debt gratitude to martyrs and survived. World War I & II, Vietnam war is enough for the benchmark of their service. Whether they are in a combat or in the active duty they are giving the piece of time from their lives in US Armed Forces.
These are 5 best Veterans Day stories from the survivals of the Vietnam War and World War. 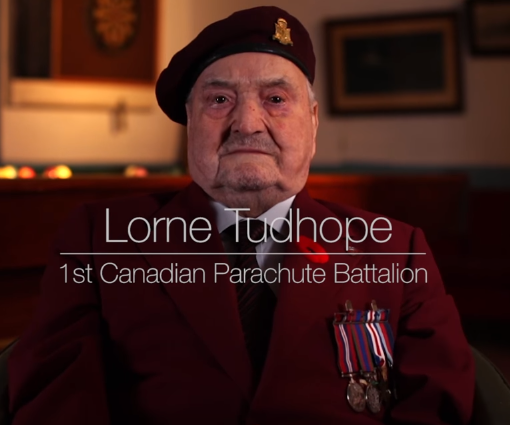 Lorne Tudhope is in his 90th and Canadian Veteran of World War II. He enlisted in the age of 18 in 1944. He was in the battalion of paratroopers and commanded in mission varsity. His duty was to jump in German areas during combat missions. It included a fleet 16,000 paratroopers and war air craft’s to engage in a close fight.
His story is nerve wrecking that he told that they jumped with a rifle in his hand and jumping height is only 600 ft. While they were in the air, Flames, heat, and smell of

gunpowder was there to welcome them.

Veterans Day story of the veteran who outwitted 15,000 Nazi Soldiers

Captain Burriss is brave and smart old timer who has fought WWII. He played with his own rules. His senior’s commanders in Berlin said him to not to cross the River because that area was under Russians.
But captain Burriss got his jeep with lieutenant and sergeant and ran towards the 15,000 German Corps. They ran towards Germans and faced German leader and Captain Said to him that
“I am here to accept your Surrender.”
He Looks around and Laughed and said “Three Men and a Jeep Are you Crazy?
Then Captain said that:

” No, I have a whole army and tanks behind me, Russians are also Behind you, you will surrender to them or us.
German said wait a Minute and brought a three-star general with him. After some talk, he returned back to his seniors.
Then a came again and grab a pistol and pointed to the heart of Captain Burriss. At that moment Captain was feeling shaken up. The captain said to the German general to come with him in his jeep to face seniors.
Disarming will be done of corps and noting will go massacre.
When captain Burriss came back to his station and told his seniors that He has Made surrender of 15,000 German panzer crops. Seniors were completely astonished.

Veterans Day Story of the soldier at D-Day WWII 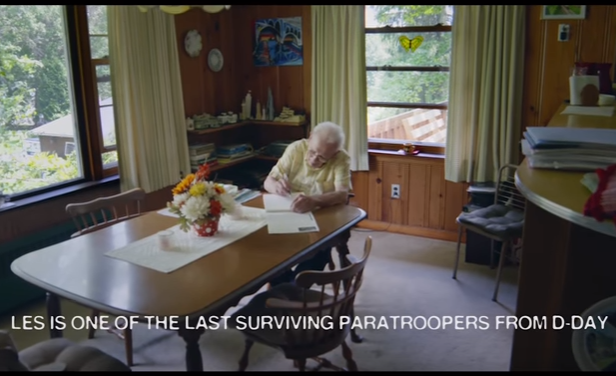 Les Cruise is alive WWII veteran. He is last Alive paratrooper from D-Day. He jumped from the plane and when he landed on the land everything was quiet. As they came to senses Cruise Found the Head of his friend on his shoulder, as he was badly injured because landing paratrooper was easy to shoot.
He Flew in the same plan from which he jumped on D-Day. His views were very warm to have such a beautiful life for others. He was very humble and full of gratitude for the God for having Children, Grand Children and an inspiration for them. 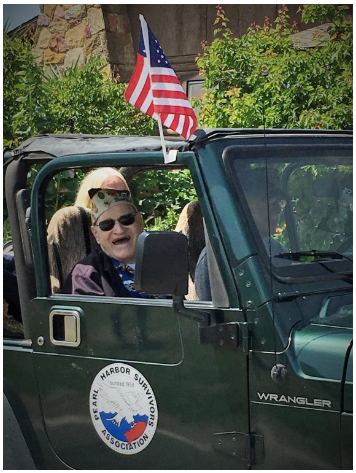 Charles Lisman is 97 years old very Charming veteran from US Navy. He was posted in a USS Ship minesweeper and sailed to Pearl Harbor.
He told that “he and his shipmates were having breakfast when the saw Japanese bomber planes right on their heads.”
Charles Lisman said ‘we looked up and their started Planes started destroying everything, while we were just thinking that what was happening down there.’
“Those Japanese could erase the Whole Fleet if they could hit the fuel tanks.”

Veterans Day stories from the battle of Okinawa 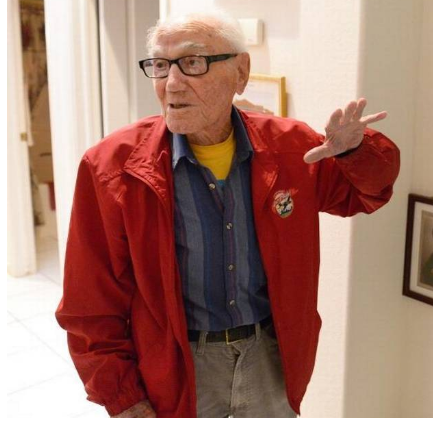 James Riffe is a World War 2 veteran from US Navy. He told about the hard situation created after the attack on Pearl Harbor. His officers command him to go around the flange and find the enemies to kill them. While he was doing this and knows that the Japanese were in a strong position. He and his man included a platoon medic. In the Combat, one of his men got injured so badly and he can listen to his voice full of pain but James was unable to reach him at the same time platoon medic reaches him and helped him
While Medic was helping him He got shot and Died.
James Riffe recommended the Medic for Bronze Star but he hoped that someone who goes through the recommendation should upgrade the medic from bronze to Silver Star.